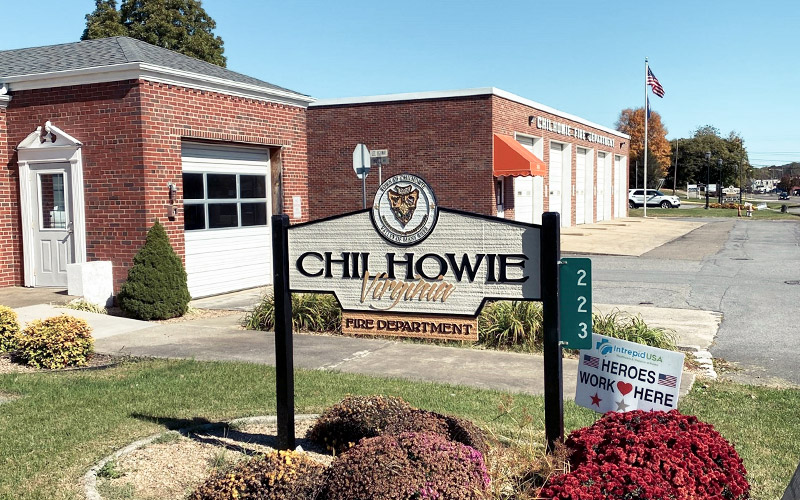 Three years ago, Dave Haynes, Fire Chief at Chilhowie Fire Department, participated in a seminar where he learned about the increased risks firefighters run of developing work-related cancer. Multiple studies have been made on the subject and they all show that firefighters run a significantly higher risk of being diagnosed with, and dying from, various forms of cancer than the general population. When Dave later learned about the Solo Rescue SCBA Decon Washer, after seeing it in a video about the clean cab concept, he decided that this was exactly what the Chilhowie Fire Department needed to help reduce their exposure to toxic chemicals and carcinogens. “We don’t have a lot of fires, but we are very focused on cancer prevention”, says Dave. To fund the investment, they were able to use money from the CARES Act (Coronavirus Aid, Relief, and Economic Security).

There was however one hurdle to cross to get the machine installed! The machine has a very powerful cleaning process to always ensure perfect removal of carcinogens. Thus, it requires a very effective motor that need three-phase electric power which was not available at the fire station.

To solve this problem they had two options, upgrade to tree phase power or install a phase converter. The first alternative can be a quite expensive solution which led Dave and his team to decide to investigate alternative number two, the phase converter. Together with the Solo Rescue dealer in Virginia, ACI Fire & Safety, they were able to find a phase converter at 15% of the cost that could do
the job, bringing three-phase into the building.

Cleaning and decontaminating SCBA’s is a messy and time consuming process when done by hand, but with the Solo Rescue it is much easier. It allows us to minimize exposure to carcinogens such as PAH and speed up the decon process at the same time.

On October 21st 2020 the Solo Rescue SCBA Decon Washer was taken into operation at Chilhowie Fire Department and no one could be more happy than Fire Chief Haynes and his crew. Apart from cleaning and decontaminating SCBA’s they also use it to decontaminate helmets, gloves and boots with the extra brackets that came with the machine. “Cleaning and decontaminating SCBA’s is a messy and time consuming process when done by hand, but with the Solo Rescue it is much easier. It allows us to minimize exposure to carcinogens such as PAH and speed up the decon process at the same time”, Dave says. 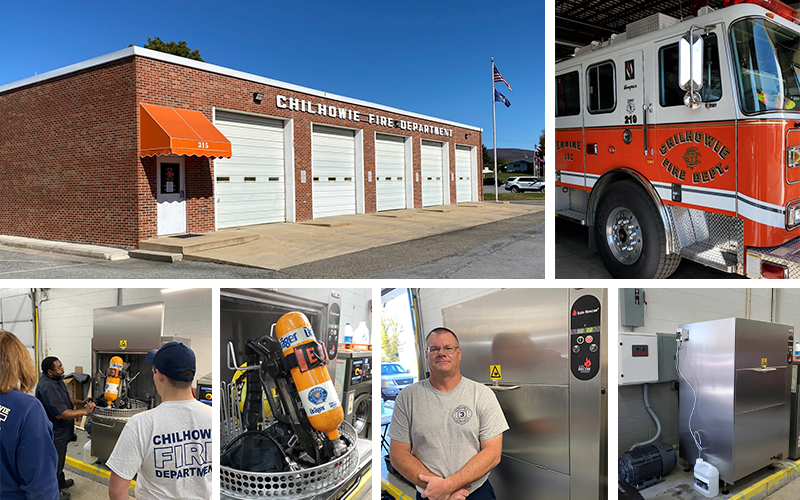 We have detected that you are currently in the United States. Would you like to visit our North American english website?
Choose another language