Cancer – the Number One Cause of Death Among Firefighters 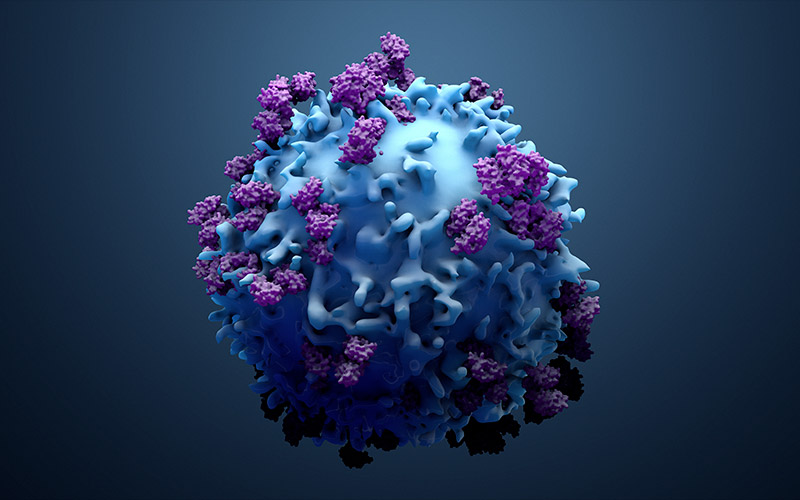 Cancer – the Number One Cause of Death Among Firefighters

Being a firefighter means putting your own personal safety aside in order to help save others. It means that you are willing to take risks, even if it means putting your life at danger, whenever it is needed from you. It also means exposing yourself to invisible threats in the form of toxic chemicals that can cause job-related long-term diseases such as heart diseases, lung damage and cancer. 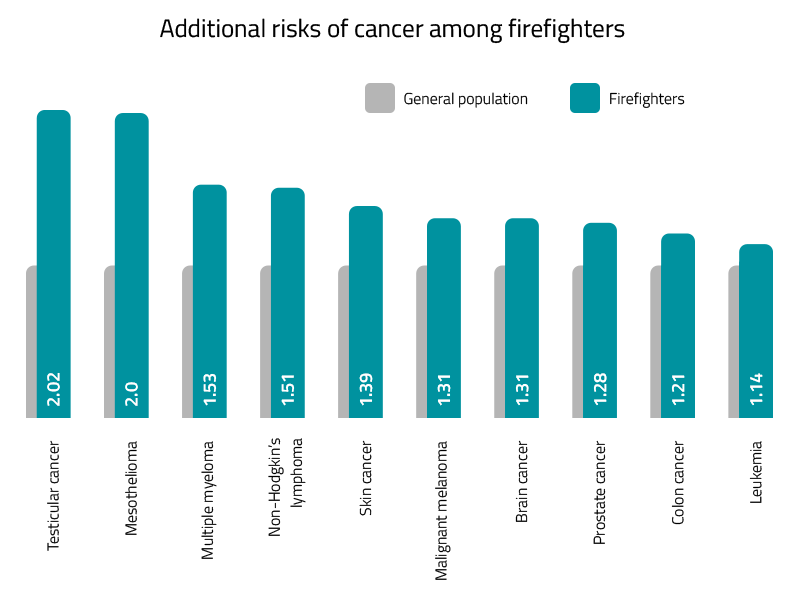 Cancer is now the number one cause of death among firefighters. According to data from the nonprofit Firefighter Cancer Support Network (active in the USA and Canada) cancer caused 66% of the career firefighter line-of-duty deaths from 2002 to 2019. Firefighters also have a 9% higher risk of being diagnosed with cancer and a 14% higher risk of dying from cancer than the general population. And according to Professor Anna Stec at the University of Central Lancashire, the rate of deaths from cancer among firefighters who are younger than 75 years old is up to three times higher than the general population.

When it comes to cancer among firefighters there have been multiple studies made on the subject. Three of these studies are considered to be key studies in the field. These three key firefighter cancer studies are LeMasters Meta-Analysis, the NIOSH Study and the Nordic Study. Each of these show that firefighters run a significantly higher risk of being diagnosed with, and dying from, various forms of cancer than the general population.

Firefighters putting out a fire from a fire engine crane truck exposing them selves to PAH and other toxic chemicals.

The reason for the higher risk of developing cancer is mainly linked to the exposure to toxic chemicals firefighters are facing in their line of work. When something is burning, the chemical reaction taking place will produce waste products including numerous forms of toxic chemicals e.g. carcinogenic PAH particles. Due to the synthetic materials that are used in today’s furniture and building material, fires are burning faster and hotter, and they are releasing more toxic gases than they used to back in the days when more natural materials where being used.

When firefighters are fighting a fire, inside or outside of a building, they are exposed to these dangerous toxic gases. By wearing a breathing apparatus, they can protect themselves, minimizing the inhalation of the chemicals. However, the particles will also stick to their PPE equipment including turnout gear, SCBA, face masks, boots and gloves. That means that everything they touch will become polluted and contaminated and there is a large risk that their skin will be exposed during removal of the PPE.

They also found PAH contamination throughout all measured areas inside the stations including the office areas.

In a recent study, Professor Anna Stec, Professor in Fire Chemistry and Toxicity in the School of Physical Sciences and Computing at the University of Central Lancashire in England, examined the correlation between exposure to PAHs and the elevated cancer incidence in firefighters. Anna and her fellow researchers found that, not only did the contamination of carcinogenic PAH particles increase significantly on both the firefighter’s skin and their PPE equipment after firefighting exercises. They also found PAH contamination throughout all measured areas inside the stations including the office areas. Using cancer slope factors (a key risk assessment parameter derived by the EPA. It is an estimate of the probability that an individual will develop cancer if exposed to a specified amount of chemical (mg/kg) every day for a lifetime.), the result also indicated a markedly elevated risk of developing cancer and the main exposure appeared to be via skin absorption (which was also the case in this study).

Researchers found PAH contamination throughout all measured areas inside the stations.

In order for firefighters to stay healthy decontamination is of outmost importance. Minimizing exposure to carcinogens could potentially help save lives in the long run. Most firefighters are well aware of the risks, but knowledge is key. It is important that everyone who work at a fire station know about the facts and that everyone know what they can and should do in order to help minimize contamination and re-contamination.

A good way to start is to do a risk assessment with the purpose of identifying the significant hazards and risks and deciding what measures to take to reduce those risks.

The five steps of risk assessment are:

Tips on how to minimize exposure:

Carried out by environmental health researchers and led by Grace K LeMasters at the University of Cincinnati College of Medicine and published in 2006. LeMasters and her colleagues combined data from 32 smaller studies of firefighters for 20 different cancer types. The study identified 10 different cancer types where firefighters had an increased risk of being diagnosed.

Carried out by researchers at the National Institute for Occupational Safety and Health (NIOSH) in the USA and first published in 2013. In this pooled cohort study the researchers studied the link between firefighters and cancer. The study included 29 993 firefighters from three different fire departments; Chicago, Philadelphia and San Francisco. The study showed that firefighters have a 14% higher risk of dying from cancer and a statistically significantly higher risk of dying from seven different types of cancer compared to the general population.

Carried out by a group of researchers from the five Nordic countries and published in 2014. In this cohort study including 16 422 firefighters from the five Nordic countries of Sweden, Denmark, Norway, Finland and Island, the researchers found an increased risk for all cancer types combined in firefighters similar to the NOISH Study. On top of that they also found a statistically significant increased risk for developing the following five cancer types. 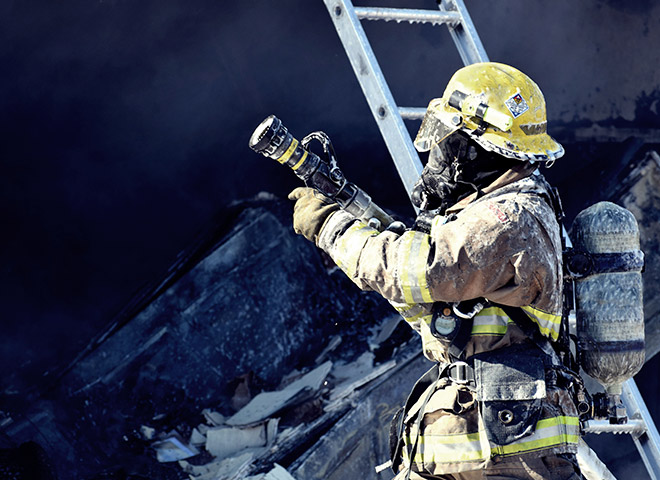 How to clean your PPE equipment

In order to minimize the risk for firefighters of being diagnosed with cancer we need to minimize their exposure to cancer causing toxic chemicals such as PAH particles. One way of doing that is trough thorough cleaning and decontamination of the PPE equipment. There are a few things to always bare in mind while doing so.